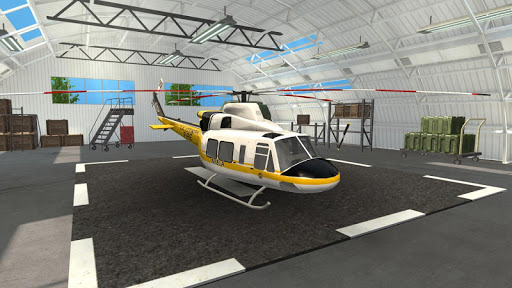 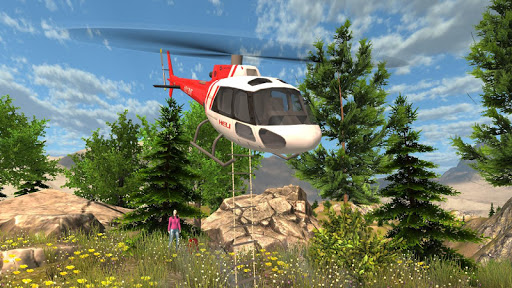 Take flight of some amazing rescue helicopters in a huge environment ready to explore, filled with forests, canyons, hills and mountains; more than 16 km² of area to fly around in!

Choose between flying in a military copter (like Apache or Mi-8), civil copter (like Bell, Hughes, Ecureuil), transport chopper, and more.
Get behind the control stick of a Firefighter helicopter to transport water and extinguish the fires.
Use the “Skylift” helicopter to move objects with an electromagnet.
Or choose the “Apache” helicopter to fire rockets and fight.

Explore the map to find one of 20 spots to launch a mission, or you can fly around and do whatever you want freely.
The minimap help you to know where are the missions spots.

Come and explore this huge environment filled with lots of points of interest to discover.
Fly around and see the sights like rivers and lakes, an ancient Japanese temple, airport with other aircrafts and planes, secluded houses and farms, ruins, a camping place, and more…

Example of missions :
– Winching up : use your copter to rescue people
– Forest and building fire : get some water and extinguish the fire.
– Transport wreck : grab the old car with your electromagnet and go to the wrecking yard
– Help the victims after a car accident
– Get the empty oxygen cylinders at the top of the mountain, during a tempest
– Training to keep up with helicopter and 4×4 ( SUV ) during police chases
– Go through all the checkpoints as fast as possible
– Unload a container ship with a magnet
– Fire rockets to remove all the objects and clear the road
– Landing on a moving boat and a moving truck
– Stop and catch all the gangsters with your military heli