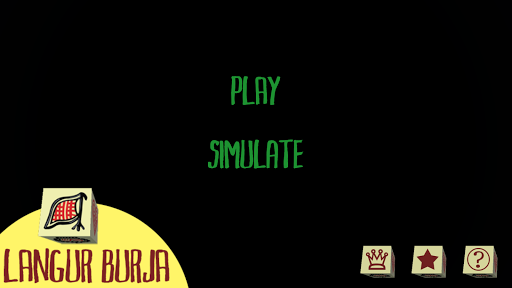 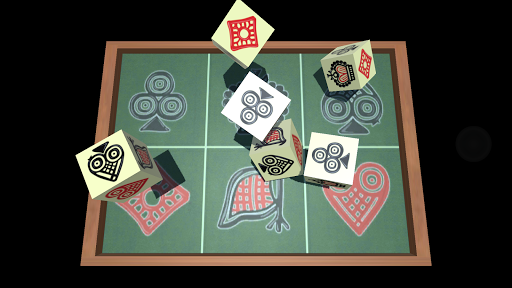 “Langur Burja” (also called “Jhanda Burja” and “Khor Khore”/”Khod Khode” as well as “Crown and Anchor”) is popular game played during festivals like Dashain and Tihar in Nepal. This game is called as “Jhandi Munda” in India. If you don’t have the dices to roll then this app rolls the dice for you to play “Langur Burja” anywhere just with your Android Device.

How to play Langur Burja/Jhandi Munda? (If you have never played)
In this game we have symbols “Jhanda”, “Burja”, “Itta”, “Paan”, “Hukum” and “Chidi” printed on the six faces of each dice. Since it is a betting game, a person will host the game and the rest others can place their bets on any of the six symbols. The player will place a bet and the host will roll the dices.
The rules are:
– If none or one of the dices show the symbol which holds a bet, then the host can take the money or bet placed on that symbol.
– But if two or three or four or five or (hopefully) six of the dices show the symbol which holds a bet, then the host has to pay the *bet-maker twice or thrice or four times or five times or six times the bet according to the result. Plus the original bet money too. For example: if i place a bet of 10 rupees on “Burja” and two of the dices show “Burja” when the bucket is lifted then i get 20 rupees from the host plus the original 10 rupees also.

So either you can become a host and take others money or place the bets and get lucky. You can also play the game yourself. You will have a balance which you place bet and compare the balance with other players.
* Fixed Resolution issue
* Get Rs 1000 reward on watching video
* New User friendly interface
* Performance Improvement
* Back button exit crash fixed
* Minor changes