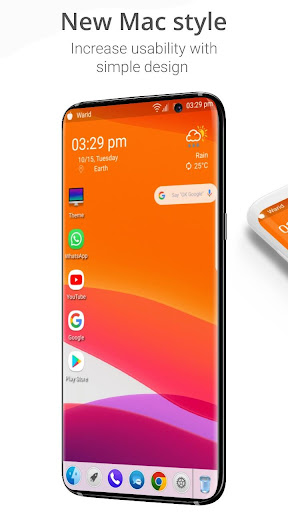 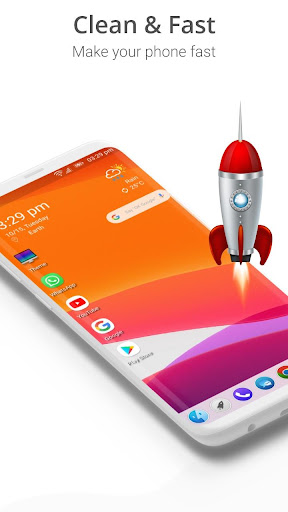 Desktop Computer Design:
Launcher for Mac IOS Style is here for you (Inspired by mac OS). Customize your phone with unique look and feel of the fastest launcher. Amaze your loved one with computer look of your Android and also share it with your loved ones.

Support of mac style desktop
With built-in support of File Explore and File Manager you can search and explore your files and Folders, Copy, Paste, Zip/Unzip, RAR, Delete Files, Share Files and can do lot more…
Explore your file system with this simple and efficient file explorer and file manager in native desktop computer design. You will be amazed at the interface that resembles my computer’s windows directory. Launcher For Mac OS is awesome!

Features:
– Start Menu for Launcher For Mac iOS Style
– Android application in Stylish Tiles – In Start Menu
– Best application are available on One Click – Create Shortcuts of most used application on Desktop by press and Hold Feature.
– Easy Navigation to the Apps
– Built-In support of File Explorer in Launcher For Mac OS Style
– Create Folders, Cut, Copy, Paste, Move, Share etc.
– Listing of all of your drives, SD Card, Storage, audio and video files and pictures in PC style.
– Taskbar For Mac OS style
– put the files to Recycle Bin and delete later in mac style
– Built-in ZIP support allows you to decompress or extract ZIP/RAR files
– Action Center. Notifier Center: Like windows 10 launcher, the computer also has a action center bar. You can check the notice of application or system with Notification Center.