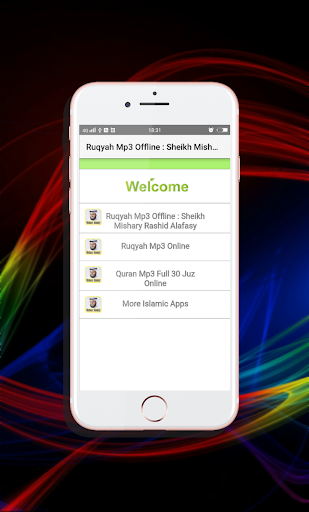 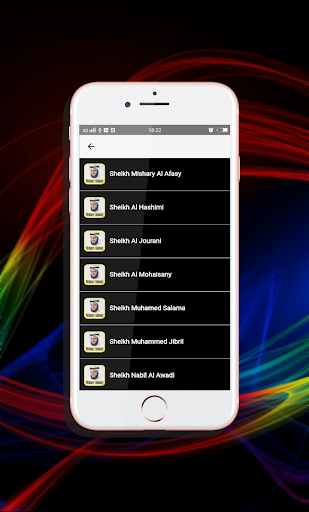 Join the Ruqyah Mp3 Offline : Sheikh Mishary Rashid Alafasy to repair the damage caused by sihr or witchcraft. Exorcisms today are part of a wider body of contemporary Islamic alternative medicine called al-Tibb al-Nabawi (Medicine of the Prophet). Ruqyah of Al-Quran as determined by the Sunnah of the Prophet.

Ruqyah Mp3 Offline : Sheikh Mishary Rashid Alafasy Offline is a free Ruqya application with the simple aim to bring together people from across the globe to avoid the sihr or witchcraft. Ruqyah in Islam is the recitation of the Qur’an, seek refuge.

For Spiritual Healing against Evil Eye, Sihr, Black Magic, defense against evil magicians, Sahir’s, jinns and shayateensWith selected verses from Quran as prescribed in Authentic Sunnah of the Prophet (PBUS). Ruqyah Shariah MP3 App is an Islamic way to help Combat Jinn, Black Magic (Sihr), and The Evil Eye. Readings Manzil, a collection of verse and short Surah of the Qur’an.

Ruqyah in Islam is the recitation of Qur’an, seeking of refuge, remembrance and supplications that are used as a means of treating sicknesses and other problems. Treating diseases, and cast the bad influence that comes from Satan. Manzil is a collection of Ayats and short Surahs from the Quran that are to be recited as a means of protection.

Conditions of Ruqyah Ash Shar’eeyah:
1) It must be with the speech of Allah, His names and attributes, or the speech of His Messenger (saws)
2) It must be in Arabic, or what is known to be its meaning in other languages.
3) To believe that verily Ruqyah has no benefit by itself, but the cure is from Allah.
4) Not to perform Ruqyah in a state of major impurity (junub) or in a place that is not permissible to perform ibadah i.e. graveyard, bathroom, etc.

Below are the 33 verses of the Quran which eliminate the effects of Magic and become a means of protection from Satan and other Jinn, thieves and harmful beasts and animals. (Shah Wali-ullah (RA): AlQawlul- Jameel)

Sahih Bukhari Hadith (Volume 7, Number 631) Narrated ‘Aisha (May Allah be pleased with her)
During the Prophet’s (prayers and peace be upon him) fatal illness, he used to recite the Mu’auwidhat (Surat An-Nas and Surat Al-Falaq) and then blow his breath over his body. It is of great benefit to memorize this Manzil Ruqyah verses