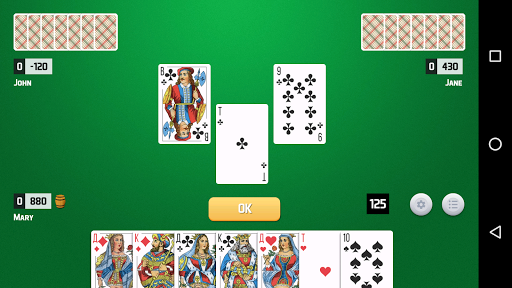 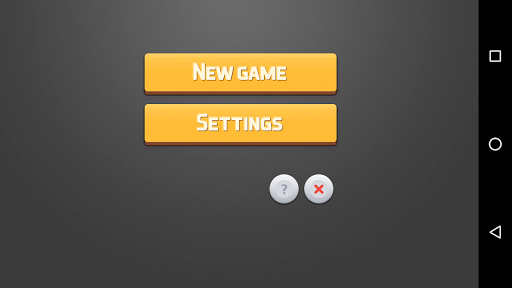 The game is based on another game called Mariage, which is the French word for marriage. It refers to pairs consisting of two cards (Queen & King) of the same suit. Everything depends on the accuracy of a player’s bidding and cleverness of his/her gameplay.

The goal is go get in the end more than 1000 points, first player to achieve overall (sum-up) of 1000 points wins the game. Every game round consists of several steps: shuffling & dealing cards, bidding, playing round cards, counting scores, summing up with previous results.

Thousand Card Game is free to play with the default agreements set. No nag screens, advertisements or other annoying things will be shown as you’re playing. If you wish to unlock agreement customization, you need to buy full game version. This purchase also allows me to make the game even better and to implement new agreements.
[*] Bugs related to game purchase are fixed (thank you, Denis Svishev!)
[*] Several game crashes are fixed